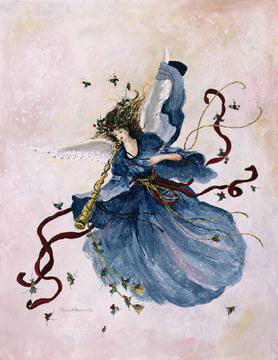 The drama began one day when an angel dressed in shining brilliance suddenly appeared to a young unmarried woman. She was told that God had chosen her to be the mother of the Savior of the world!
She would become pregnant through the work of the Holy Spirit before her wedding and the child would be the Son of God! Naturally she was afraid of her finacee's reaction but an angle visted him one night and explained to him what had happened. With the assurance that God was in control, the couple prepared for the most important birth that has ever occured in all history.
Posted by Catz at 8:15 PM