It has been a long time since I have had the time, energy or ability to write in this blog.
I had spinal surgery in April and am still trudging the long road of recovery, but at least I am up and about and almost out of pain.
My recovery has been a challenge for Miss Lucy as I was unable to hold her leash for a long time which meant that I could not take her for a walk. She and I missed that a great deal.
Now that I am able to get out and do more I have started taking her to Deer Lake again and that means that I can also resume my passion for taking pictures.
Early Monday morning, despite the drizzle,  she and I headed down the hill to the lake and encountered a lovely Blue Heron perched on the map sign. 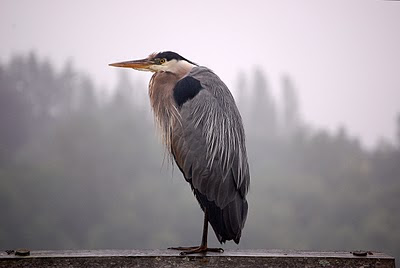 Just before my surgery I had spoken to a gentleman who walks here regularly and he had informed me that he counted over thirty Heron nests on the east side of the lake.  That is a lot for this little postage size lake, but have seen no real increase in the number of herons actually around the lake.

However, later in the day Fred and I went to the Stanley Park seawall for a walk as the day had begun to be sunny and warm. There we encountered an explosion of Blue herons. Everywhere you turned there were herons flying, feeding and sunning themselves. 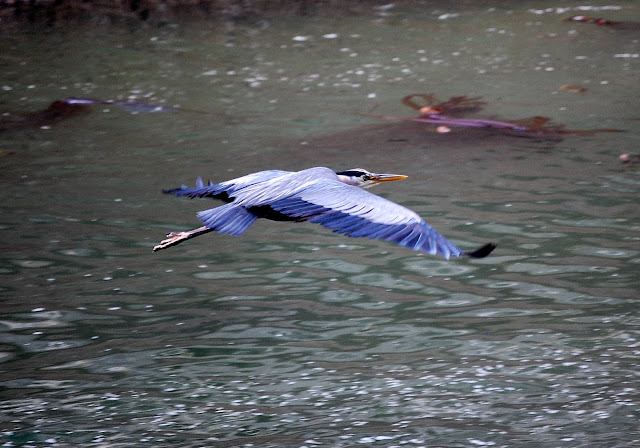 This picture told me why they are called BLUE herons and not Gray herons. If the sun hits them correctly they are the most beautiful shade of blue.
I am now hoping that the nests that my fellow walking friend saw are going to produce lots of babies that  I will be able to photograph almost in my back yard!