I can't believe that I have not posted for so long. I worked my butt off last week so I could get a few days out of town with my daughter. The weather for the first time in what seems like months was warm. Very warm! In fact where I was it was well into the high 80's low 90's.
We had planned a road trip going from Vancouver to Cache Creek and then over 99 to Pemberton and back through Whistler and Squamish. We managed to get out of town in record time considering it was a long weekend and all the roads were packed with travelers with the same idea as we had, but when we got to our turn off we blew a tired and had to spend the night in hope and drive part way back to get a new set of tires. However by 11:00 am Saturday we were back on track and headed up the Fraser Canyon. All along the way we large groups of bikers and wondered why so many of them were traveling the route. When we got to our Motel in Cache Creek the mystery was solved. Apparently there is a motor bike track there and a motor bike event was being held there that weekend and every motel in the town was booked solid with bikers. Fortunately the clerk informed me we had made reservations, but except for us the entire motel was booked with bikers! They were everywhere - sitting on their bikes and drinking beer. Surprisingly the evening was quieter than I expected which I think has something to do with the fact that most of the bikers these days are getting a little long in the tooth and a day in the sun drinking beer means that they do not have the energy to party too long into the night.
All things considered the weekend was a welcome break from work. Of course I took lots of photo's but I have not had a chance to put them all up, but here are a couple I really like. 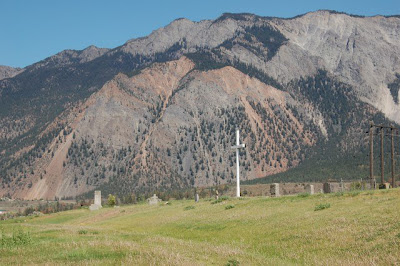 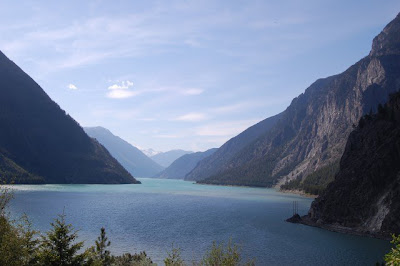 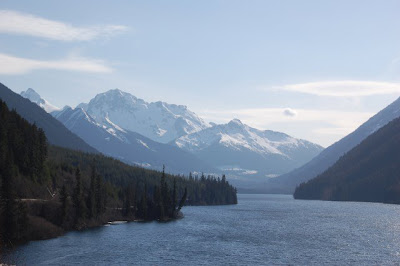 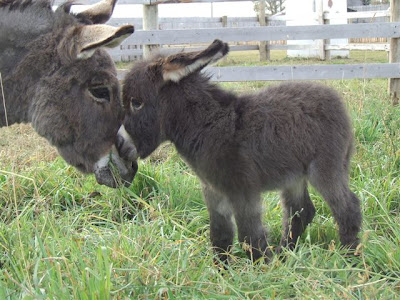 Email ThisBlogThis!Share to TwitterShare to FacebookShare to Pinterest
Mother's day was originally started by in 1870 after the civil war by mothers who had lost sons to the war and as a protest to the carnage of that war. Like most of our holiday's mother's day has been taken over by retail corporations who have turned it into a billion dollar industry. Mother's Day has lost all impact as a means of protest and now is merely another day to spend money. I sometimes wonder if there is anything left in the world that is not exploited for money.
The following was the original Mother's Day proclamation written by Julia Ward Howe who also is credited with writing The Battle Hymn of the Republic . I thought it might add some perspective to this day.

Arise, then, women of this day! Arise all women who have hearts,
whether our baptism be that of water or of fears!

Say firmly: "We will not have great questions decided by
irrelevant agencies. Our husbands shall not come to us, reeking
with carnage, for caresses and applause. Our sons shall not be
taken from us to unlearn all that we have been able to teach
them of charity, mercy and patience.

We women of one country will be too tender of those of another
country to allow our sons to be trained to injure theirs. From
the bosom of the devastated earth a voice goes up with our own.
It says "Disarm, Disarm! The sword of murder is not the balance
of justice."

Blood does not wipe our dishonor nor violence indicate possession.
As men have often forsaken the plow and the anvil at the summons
of war, let women now leave all that may be left of home for a
great and earnest day of counsel. Let them meet first, as women,
to bewail and commemorate the dead.

Let them then solemnly take counsel with each other as to the
means whereby the great human family can live in peace, each
bearing after their own time the sacred impress, not of Caesar,
but of God.

In the name of womanhood and of humanity, I earnestly ask that a
general congress of women without limit of nationality may be
appointed and held at some place deemed most convenient and at
the earliest period consistent with its objects, to promote the
alliance of the different nationalities, the amicable settlement
of international questions, the great and general interests of
peace.

I have been working long hours this week and today I have to go to work as well. I really don't want to so I have been spending the morning drinking coffee and browsing the internet. The following article caught my eye and fit my morning mood. I hope you have had breakfast before you read this.

Thar She Blows! (OK, that was too easy).

A 56-foot, 60-ton sperm whale died on a beach in Taiwan in January, 2004. Researchers wanted the carcass to perform an autopsy and for research, so they loaded the whale onto a tractor-trailer and set out through the city of Tainan, heading for the Shi-Tsau Natural Preserve. It took 13 hours, three cranes and 50 workers to get the whale loaded on the truck. Unfortunately, on the way through the city, gasses built up to a critical level in the whale and it exploded, spewing whale guts in the street, on the cars and over pedestrians. According to witnesses, the smell was pretty bad. Residents and shop owners put on masks and tried to clean up the mess. Eventually the whale continued its journey to the research center. 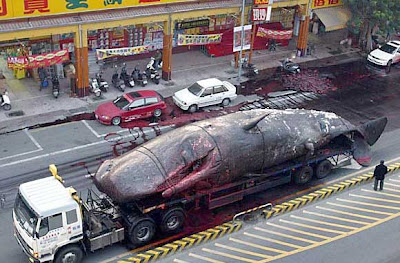 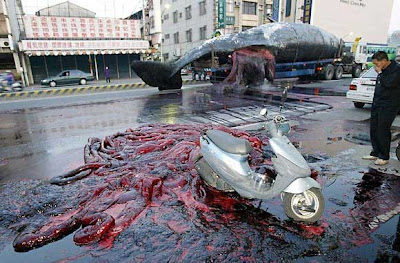 This article is courtesy of TruckSpills.com 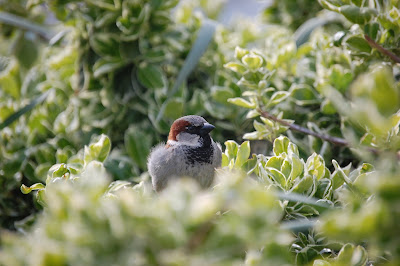 I just found this great tool online. It is called Evernote and I love the program. You have to get an invite like gmail insisted on, but it is great for anyone who needs to keep their notes and correspondence organized and accessible.

Evernote can do all of the following:
I have never blogged about a program before and I am not getting paid for this (unfortunately) I just really think that it is a great idea and if you go to their web site and ask for an invite they will let you give away ten invites to friends. It is free right now, but it does not say if it will continue to be free or not. I certainly hope so. I can see so many uses for this.
If you need this kind of service give it a try and let me know what you think of it.
Posted by Catz at 8:22 PM 1 comment: