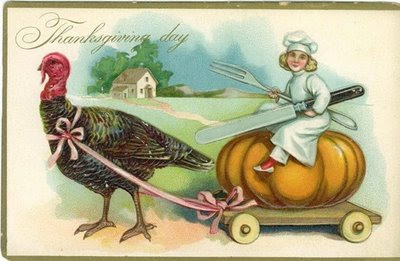 Enjoy all that turkey!
Posted by Catz at 9:16 AM 2 comments:

What a Difference Six Weeks Makes

What a difference six weeks makes. It seems as though I have been gone forever because so much has happened in my province, my country and the world!
Here in BC we have had two by-elections both of which were won by the left leaning party.
Federally we have had an election that really saw few changes. The Conservative party picked up a few seats, but not enough to give them the majority government that they were looking for. One thing this election did was cost money - a lot of it! 300 million at last count. We can spend this amount of money to get very little change for our country, but we cannot find a way to house the thousands of homeless or the feed the hungry children in this country - shame!
Our civic elections saw a number of communities electing predominantly left mayors and council members. In particular was the election of Gregor Robertson in Vancouver, former NDP MLA and an almost complete left council to give him a large and powerful mandate. Many see these changes as being a taste of what is to come in the May 09 Provincial election.

Of course the greatest change is the complete sweep that the Democrats took in the US electing, Barak Obama, the first black President in their history.
Obama was seen as a bringing hope to our neighbors to the south who have been plagued with recession and job losses. It will be a bleak Christmas for many in that country who have lost their jobs and their homes due to the down turn in the economy. However, I wonder if the American people are expecting miracles from their new President, when he may only be able to offer soloutions that will take time and patience from Americans before they see any real lasting results. This country may yet be in for some real challenges in the next couple of years.

Remembrance Day was rainy and miserable, but I still managed to get out to a ceremony to yet again remember those who lost their lives so I could freely speak out on this blog. And also remember that we are still losing young lives in a war we can't win in Afghanistan.

Thanksgiving in Canada has come and gone and I am thankful for my family and my extended family. In four days the US will celebrate their Thanksgiving.

All that in just six short weeks since I last really posted anything! Can't wait to see what happens over the next year!
Posted by Catz at 11:16 AM 3 comments:

Yes it is that time of year again - World Toilet Day. I thought that this might be an appropriate day to start blogging again. After all next to Christmas what could be better than World Toilet Day - right? As I went about my day I pondered how I could best express my delight in this very important day. I thought about the few times I have been with out a bathroom when nature called... well first it calls then it SCREAMS at you. We have all been there - long car ride no rest stops and every miles seems longer than the last. Or the times that something went horribly wrong with the plumbing and all the toilets in the house were unusable and one of the kids had the stomach flu - both end!!! Suddenly World Toilet Day does not seem so trivial.
Really - what would we do without a means to dispose of human waste?

Well that is exactly what 2.6 billion people or 40% of the worlds population face every day. It is one of the leading sources of water contamination that kills more than 5 million children from diarrhea and other sanitation related illness. Not to mention the fact that here in the west where we have some of the best sanitation systems in the world we still struggle with raw sewage being dumped into our oceans, rivers and lakes.

So I think I will spend my day by:
Check out more information about World Toilet Day .

Many Thanks to my ghost typist Karen 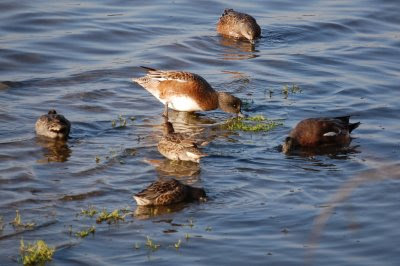 Check out Camera Critters for more great photos!
Posted by Catz at 10:48 AM 6 comments: