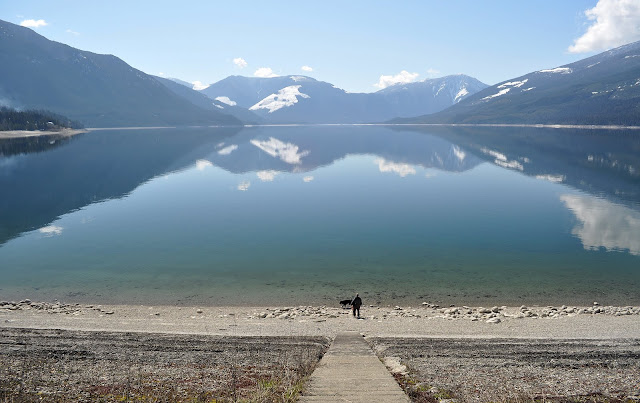 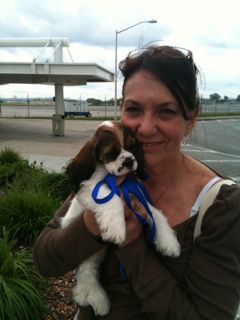 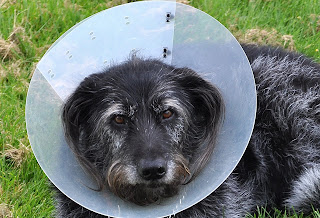 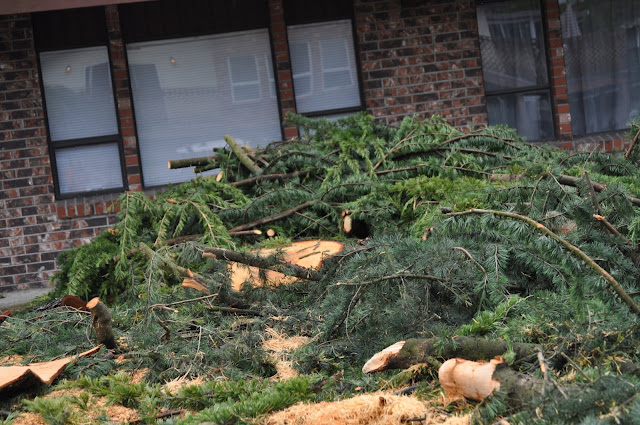 Our landlord decided that a very large  tree (well over 15 feet) in front of our building was unsafe and needed removal. He asked us all to move our cars last Thursday morning because he was having a crew come to take it down.
What he did not tell us was that he did not get the crew to take it away!
Now here in BC when you get someone to take down a tree of this size there is usually a provision for the company to also REMOVE the tree. However, like everything else around this building  somethings just don't seem to get done.
We were however hopeful that they just had to quit work for the day and would be back Friday....nope! Still we hadn't given up hope that maybe on the weekend our landlord himself might start loading up the tree and carting it away - nope!

Late Saturday afternoon we quit being optimistic when we saw a cardboard sign atop the mess that read  "Free Wood"! 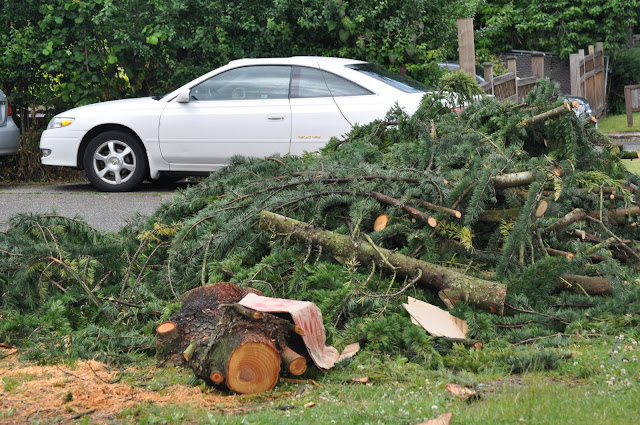 You must be kidding!