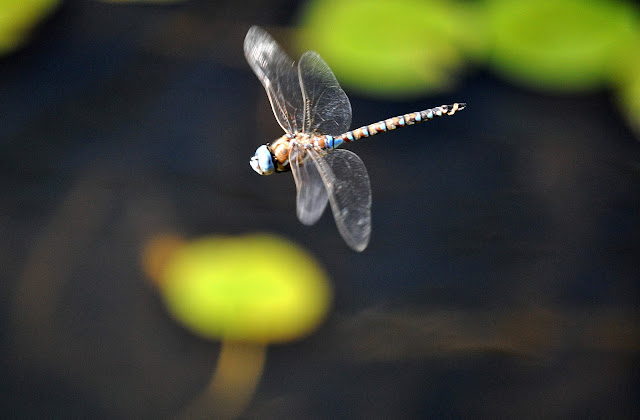 Between heaven and hell, where the dragonflies dwell,
There’s a garden filled with colour and light .
In a hovering way, they put on a disarming display
And dance to the king of flight .
Dressed in dewdrops of dawn, when the darkness has gone,
see how distinguished are these debutantes .
In the garden of the king, all the secrets you bring,
can be shared when the dragonflies dance .
So don't delay or dismay, at the end of the day ,
even dragonflies must fly away .
And as dragonflies say, you can dance all the way-
just be happy in a heavenly way .
Posted by Catz at 9:34 AM 4 comments:

Well the summer appears to have left the west coast for now. It has been raining for the last few days and it has become quite chilly especially at night.
I sat here today watching the rain pound down on the balcony and thought of the nice summer that I have had taking pictures and playing at the lakes and beaches with Miss Lucy and Fred.
One trip they didn't take though that I did was a trip to Nanaimo. The weather was lovely and I captured some really nice shots on the ferry over.
This is what people all over the world come to see. 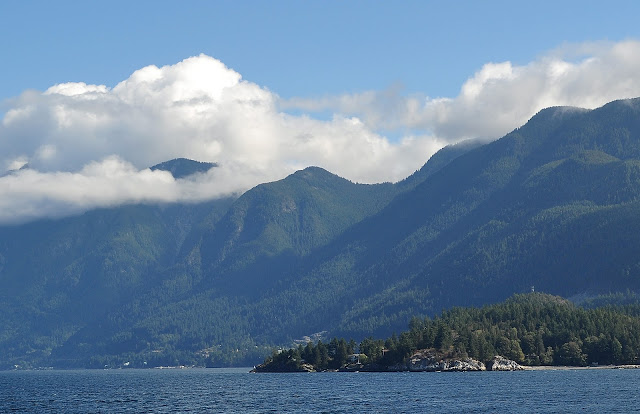 View the rest of the pictures from this trip at Long Weekend Trip to Nanaimo
We have the mountains seeming to rise right out of the sea. On a nice day the view is breathtaking.
What I personally always marvel at is the amount of green space that we have in this country. We are so fortunate to have miles and miles of pristine wilderness and tracks of land that are not developed. I hope that never changes. I often wonder what people in countries that are over populated think when they see these kinds of pictures. It must seem as though we live in the land of milk and honey.
We also have one of the most abundant clean water supplies in the world.  I cannot understand why anyone in my province chooses to pay Coca Cola an outrageous amount of money for a bottle of water when we have much cleaner and better water right from our water taps. How incredibly blessed we are because according to Water Aid America over  1 million children a year die because of a lack of clean drinking water. Hard to believe. In my country we don't even think about turning on a water tap or playing in the garden hose on a hot summer day, but for children in poor countries around the world it is a luxury they will never know.  All they ask for is clean water to drink everyday.
So next time you think about buying that bottle of water at the gas station, that costs more than a liter of gasoline, why not give that money to Water Aid America where for few thousand dollars they will help a village dig a well to keep them in clean drinking water.
Posted by Catz at 9:28 PM 2 comments:

The Beach on the Other Side Is Always Better!

We have been taking Miss Lucy to a dog beach called Angus Beach. It is on the Fraser River and she loves it.  However, when we are there I can see lots of dogs on another beach across the river and I (of course) decided that we should check out that side because the other dogs looked like they were having more fun than Lucy. Well that is my excuse and I am sticking to it! Actually anyone who knows me well knows that I love to check out new places especially if they involve dogs, water and of course Miss Lucy having fun! 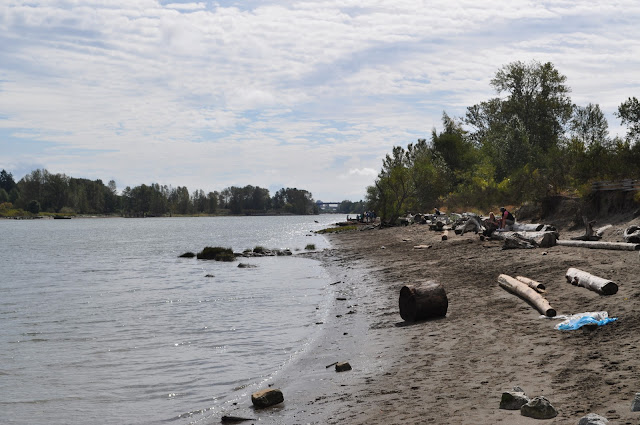 So last Sunday my very sweet partner decided to let me have my way. He has been resisting the my whining, but finally I guess I hit the right pitch because we went exploring to try and find it. After getting lost a few times we did find it and Miss Lucy and I were in heaven! it is a much bigger area for her to swim. As well it is a much bigger beach for us to walk so we can get some exercise as well. It is not really much farther to drive to than Angus beach so it all worked out for the good and even my partner is happy with my whining this time! 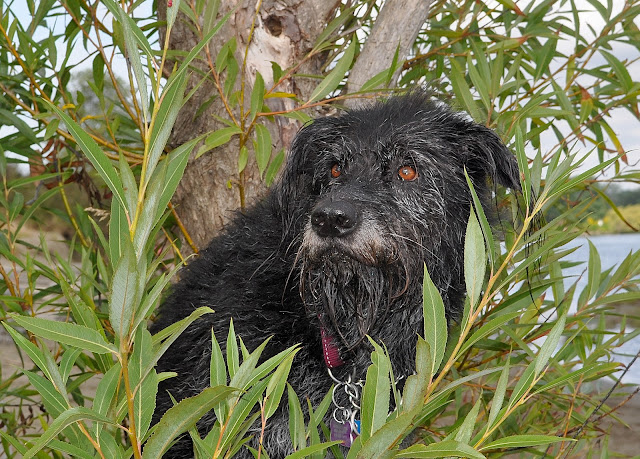 I snapped this picture of Miss Lucy sitting  in the branches of a fallen tree just
before we left and she almost looks to be hiding. I don't blame her I didn't want to leave either.