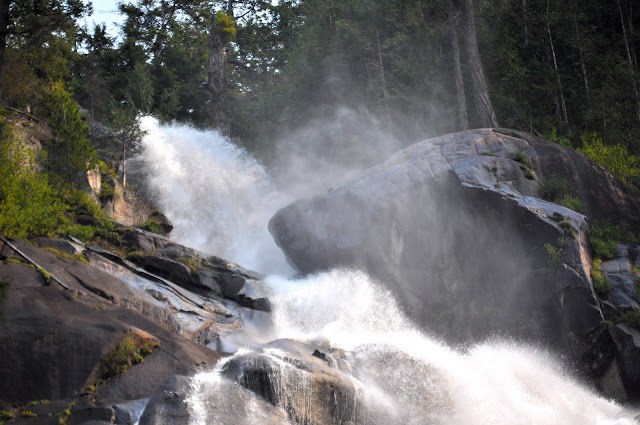 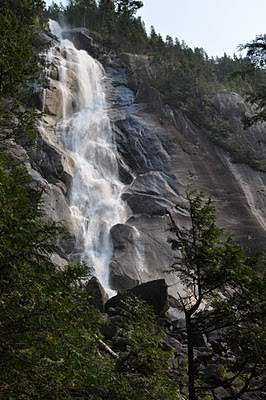 Fred, Lucy and I have been heading out on his day off for some fun and for Lucy that always means water. Usually we go to or end up at Kilby as that is her favorite place to swim, but this weekend it was a holiday and we felt that the traffic and lake there would just be too busy to have much fun.  We opted to go to Shannon Falls as I enjoyed Bridal Veil Falls so much. As well, we had not been on the Sea to Sky highway since it was finished and I wanted to have a look.

Shannon Falls is the third highest falls in British Columbia and the day we were there it was very busy. There are several view points that you can climb to and you can even climb to the base of the falls, but I really was not that brave. However, many people could be seen up at the base including little children. The power of the water is quite awe inspiring. From where I was taking pictures I could feel the spray and I was a fair distance down. 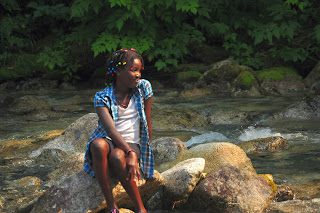 The creek at the bottom had incredibly clear water and was so cool and relaxing. Many people like this little girl were sitting on rocks out in the middle of it.
The Sea to Sky highway was upgraded for the Olympics and it is a really nice drive. With the sea on one side of it and the mountains on the other it is quite breath taking. 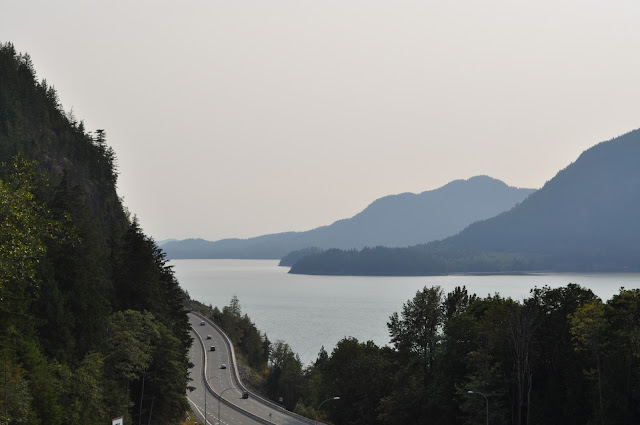 There are more pictures of the day on my Flickr badge.