It is All True! 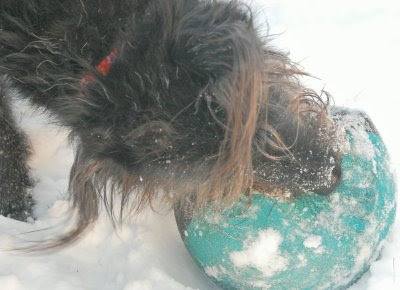 Everyone who I know who does not live in the lower mainland keeps asking me if it really is THAT cold and snowy here.... in a word YES!

As I write this at 2:30 pm it has not risen above -8 here in Delta all day and it is expected to snow again! The radio announcer says up to 25cm over night. For those of you who are unable to translate the cm it is a about a foot of snow and he says that is a conservative estimate depending on where you live. Most years we get some snow, but not generally much till about January and even then we rarely get these cold temperatures over an extended period of time. The biggest problem is getting around the city. Most people here rarely have to drive in icy conditions and few have any idea of how to drive in it as a result traffic slows to a crawl. Adding to the misery is the fact that most municipalities do not put away much of a budget to handle these conditions so they try to skimp out on the sanding and salt to save money resulting in numerous fender benders. These conditions are not expected to let up until January 02/09!

In my house only Lucy likes the snow. She can hardly wait to get outside and play a rousing game of snow soccer. This year however, even Lucy has had problems with her feet in the extreme cold so she is being limited in the amount of time I take her out. For me the greatest problem is getting around in my beater of a car! I never know when I leave the house if I will be making it back any time soon.

All I want for Christmas is some warmer weather!