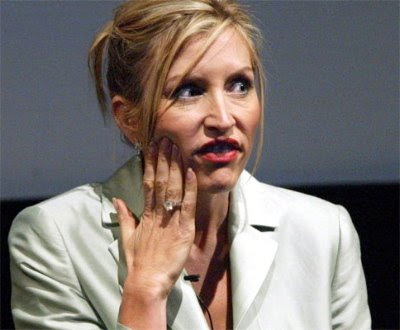 Heather Mills McCartney got 48 million total. A far cry from what she was trying to milk her ex-hubby for and I am sure far more than Paul McCartney wanted to pay proving that stamping your FOOT in public doesn't always work even for the rich. In his ruling the judge stated that Heather Mills evidence was "inconsistent, inaccurate" and "less than candid". In other words she is a liar as well as a tart!
I don't usually weigh in on these kind of topics as I think that the whole star break-up crack-up scene is obscene. It really is about people with more money than character as a rule. In this case I think that Heather Mills is a vindictive money grubbing hag. If I were him I would consider it money well spent to be rid of her. And for everyone's sake I hope that we have seen the last of her too.
Now go ahead and ask me how I really feel.
Posted by Catz at 9:57 PM