Stand Down May 1st At West Coast Ports 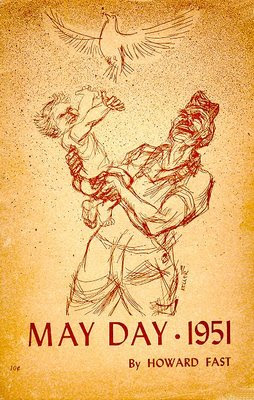 During my weekend trip to the island I had the chance to chat with union workers from around the province. It is a great way to keep in touch with how things are going with the labor movement in the province as well as around the world. One person there told me about an event that never made it in to the main stream news papers. Dockworkers in the US took May 1st off to protest the war in Iraq shutting down 29 west coast ports! The protest included Los Angeles and Long Beach. These ports alone handle about 40% of the imported goods arriving in the US each year. The shut down idled ships, shut down cranes, stopped the movement of thousands of big rigs and containers. Yet we heard not a word of this in the major Canadian newspapers.
"We are supporting the troops and telling politicians in Washington that it's time to end the war in Iraq" union President Bob McEllrath said in a press release. Yet here in Canada apparently the press chose not to print a line of Bob's press release.
To my brothers and sisters to the south who stand together and stand firm in their belief in the labor movement and in ending injustice I applaud you!
To the Canadian press... where were you?
Posted by Catz at 5:38 AM